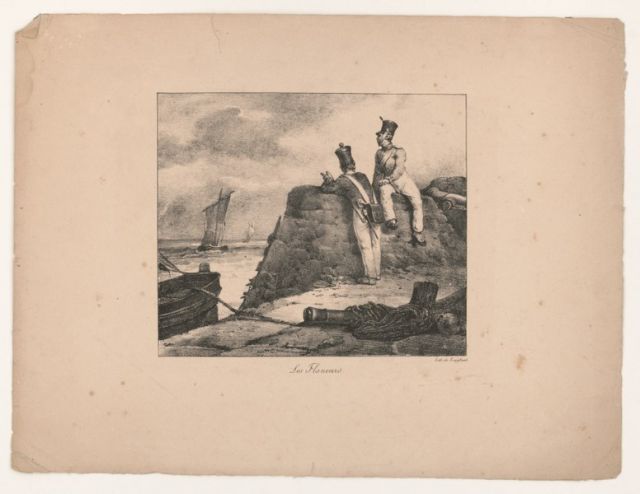 In Vertigo, W.G. Sebald describes a youthful Franz Kafka taking a journey to Venice by way of Vienna. He stops over in Trieste, and there “on the borderline between grinding weariness and half-sleep he wanders through the lanes of the harbour quarter, sensing under his skin how it is to be a free man waiting on the kerb, hovering an inch above the ground.” Sebald’s project in the book is an inquiry into the titular sensation that is induced by traveling, as exemplified by Kafka’s figure. You see, the journey of Dr. K (as Sebald elliptically refers to him) is not that of your typical eager young European, open to the world, wandering in search of new experience. He is, in short, no flâneur.

Kafka (at least in Sebald’s narration, which, as is usual of his work, is so grounded in studiously researched truth that its fictional flourishes become impossible to tease out) is indeed a free man, but the feeling beneath his skin seems closer to dread than excitement. Rather than lusting after the unknown as a flâneur— that romantic invention of the 19th Century French mind— might, Kafka’s is a “solitary, eccentric condition.” Sebald compares his state of mind in Trieste to a movie he watched a few nights before at a Viennese movie house, a picture concerning Balduin, “the finest swordsman in all of Prague.” In an early scene, Balduin confronts the image of himself in a mirror. “To his horror,” Sebald writes, “that unreal figure steps out of the frame, and henceforth follows him as the ghostly shadow of his own restlessness.”

To travel alone is to become intimate with that ghostly shadow. To feel it always at your heel, concern gradually rising that it just might overtake you. I had my own, brief, flirtation with flâneurhood seven years ago, when I took a semester off of college to bum around Europe and Morocco. At the time, I suppose I was searching for something, but what that was was hardly clear to me at the time and has only grown harder to discern since. I was in Berlin on January 28th, 2011, when I wrote “And how big is my heart here, too? So filled with wonder and yet also so low. I’m forgetting my social graces, how it is I ever made friends. Only a week, but I marvel at how happy a thing quiet reading, reflecting, and a stroll can be. It’s like peace, it’s like my mind is maybe slowing down enough to learn appreciation, not just accomplishment.”

Seven years later— the amount of time, some dubious science holds, that it takes a body’s cells to entirely decay and be replenished— the blending of excitement, dread, and quiescence in those lines seems a clear attempt by twenty-year-old me to describe the feeling under the skin that Sebald so deftly captures. That younger version of me returned to that feeling again and again, always equating it with a sort of mindlessness. At a farm in Brandenburg where he spent a few weeks, younger me wrote, “You can really think, moving hay or building gates, your mind feels pure, then, righteous. Simple work is a release, a meditation.” Two months later, he wrote, “Sitting on white rocks at Gibraltar, looking past the Europa Point Light, my life is not real. How strange to stand in a place demarcated as a border by not just man, but the world itself.” In Morocco, a few days on: “It’s weird to feel my mind go so blank, like it’s bleaching in the sun”

In retrospect, that blankness seems a fitting response to my condition— walking for hours, reading on trains, spending as little money as possible on coffee, bread, and cheese. At the time, it all seemed like a necessary undertaking. Writers have often felt that way. In Vertigo’s opening pages, Sebald focuses on Marie Henri Beyle, an ur-flâneur who had been a soldier in Napoleon’s army and subsequently spent several years in Italy pursuing a succession of local women, none of whom were ever much interested in him. Even so, his goal was clear throughout his time there: “to become the greatest writer of all time.”

I don’t think I’m going out on a limb in saying he didn’t succeed. But still, his resolution, and the couching of it in his aimless lifestyle, is telling. Nothing feels quite as writerly to the aspiring writer as becoming a flâneur (at least for the privileged male set). One must go out into the world, gather some experiences, and learn to put them on the page. It is not enough to gather such experience in your native land— no, you must deracinate yourself enough such that the lessons you learn abroad have room to take root. Only once you have returned home, the thinking goes, will you be ready to create a masterwork.

My journals from seven years ago contain stories, too— more pages of them, unfortunately, than of the journal entries that at my current remove have become by far the most useful artifact of the flâneur exercise. In one of these stories, written in Galway in early March, twenty-year-old me narrated: “I wonder between rooms filled with faces either I don’t recognize or don’t acknowledge, and it’s like being a ghost passing through a former life.” Balduin’s shadow, Sebald’s vertigo, KP’s ghost; each is an evocation of doubt, a debilitating and necessary inversion of Beyle’s certainty. The knowledge that you may seek to be a great writer, but in all likelihood, you won’t be.

Kafka, at least, held the two feelings in balance— and, while certainly no Beyle, he managed to make a decent enough career for himself. Perhaps that’s partly to do with the fact that his wanderings had no clear goal, remaining forever “on the borderline.” That made it easier for him to strike a balance between remaining grounded and his head shooting up into the clouds. Better, clearly, to simply hover in between.

It’s early June, and that means I’ve spent the last month or so of my life utterly consumed by the NBA playoffs. I’ve been so consumed, in fact, that I took the plunge and subscribed to the Athletic, the start-up, pay-walled site that aims to create a sustainable alternative to the deeply mediocre writing found on most online sports media outlets. I’m beyond glad I did, if for no other reason than the fabulous coverage of the Golden State Warriors (whose rise to untold heights coincided, pleasantly enough, with my parents move to Oakland) offered by one Ethan Strauss. Strauss was laid off by ESPN last year, and, under the terms of his buyout, has only been able to return to writing in the past month. But in that short time, he’s written a game recap comparing Warriors bit-player Jordan Bell to an aircraft carrier, a penetrating profile of the ferocious instincts lurking under coach Steve Kerr’s SoCal affect, and this week’s analysis of how. for all-world weirdo Klay Thompson,“basketball takes an inordinate precedence, living in parts of the mind where others might make room for insecurities.” Strauss’ writing is enlivening in its quixotic angles and sharp formulations, and I couldn’t be more glad to have it back in my life.

Thanks for reading and subscribing. You can find me @KPaoletta, or dusting of my jorts for a summer night on the town.