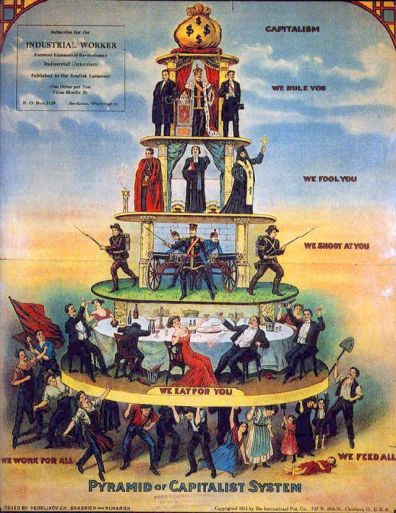 Kanye West is that most fascinating of celebrities: an artist whose behavior and public statements beggar belief, even as his undeniable talent makes him impossible to dismiss. For fans, Kanye’s approach to his music has long been clear-eyed enough to justify ignoring his incomprehensible, megalomaniacal interviews and his fish-out-of-water appearances on a certain Calabasas-based television program. That all changed last week, when Kanye tweeted a photo of his signed Make America Great Again hat. Earlier, he had posted, “You don’t have to agree with trump but the mob can’t make me not love him. We are both dragon energy. He is my brother. I love everyone. I don’t agree with everything anyone does. That’s what makes us individuals. And we have the right to independent thought.”

That statement— and the many, somewhat-but-not-really backtracking tweets that followed— drew immediate condemnation from the hip-hop intelligentsia, who, I suppose, had either forgotten that Kanye met with the then-President-elect at Trump Tower in 2016 or excused that visit as being made in a delirium given that Kanye suffered a “nervous breakdown” soon afterward and was briefly hospitalized. Whatever the reason, Kanye’s affection for Trump was deemed excusable then, while his support for his dragon energy brother is now unforgivable.

The inconsistency is fitting given that Kanye West’s politics have never been particularly coherent. Early on, he’d dip into politics here and there (such as on 2004’s “It All Falls Down”), but almost always in the context of how it interfered with the pursuit of love and fame. It wasn’t until 2013’s Yeezus that he seemed intent on making a statement, beginning with the one-two punch of “On Sight” and  “Black Skinhead,” two incendiary assertions of blackness. He took things a step further later on the album, when he invoked the legacy of slavery by sampling Nina Simone’s gut-wrenching rendition of “Strange Fruit” (a song whose lyrics describes lynched bodies “hanging from the poplar trees / blood on the leaves”). Jarringly, though, the song that uses that sample is mostly about gold digging women and doing molly. Elsewhere, on “New Slaves,” Kanye seeks to cast the dominance of corporations over black people as equivalent to the horrors of Jim Crow by interspersing sarcastic lyrics like “What you want, a Bentley? Fur coat? A diamond chain?” with the refrain “I see the blood on the leaves.”

For all that, Yeezus is still a bone-chilling masterpiece of production and provocation. Yet only a few months after it was released, Kanye signed an exclusive deal with Adidas. By 2016, the Yeezy had become the favored sneaker of hypebeasts everywhere, and Kanye’s devotion to his corporate sponsor was so total that he included “Facts,” a diss track aimed at Nike, on The Life of Pablo. “Yeezy, Yeezy, Yeezy they line up for days” the song goes, “Nike out here bad they can’t give shit away.” Groan.

Not that Kanye’s newfound corporate coziness has gone unnoticed by his peers. The year after the Adidas deal, Killa Mike (whose own apparent sympathy toward the NRA, incidentally, has recently gotten him into some trouble of his own) rapped “fashion slave, you protesting to get in a fucking look book.” Looking back, the only moment of Kanye’s career that defenders can plausibly harken back to when his politics seemed both obvious and admirable was his statement during Hurricane Katrina that “George Bush doesn’t care about black people.” But as Washington Post reporter Wesley Lowery pointed out on Twitter last week, in retrospect that moment feels more accidental than designed: “He’s that guy at the barber who just won’t shut up about anything. Kanye impulsively got *one thing* right but fundamentally has no idea what he’s talking about.”

That tendency is on full display on the song that Kanye released in the wake of his MAGA tweet: “Ye vs. the People.” On it, Kanye acts out a debate with T.I., the Atlanta rapper whose fame peaked in the late 2000s just as Kanye’s was approaching exit velocity. T.I. is the wizened elder brother to Kanye’s impulsive provocateur on the track, cautioning, “you toying with hot lava, better be careful with that” and “everything you built can be destroyed and torn down.” In response, Kanye does his best to seem reasonable, explaining that his wearing the red hat was a way to add “empathy, care and love and affection” to what it represents and that “wearing the hat’ll show people that we equal.”

Musically, the song is borderline unlistenable. It’s Kanye’s take on the prosperity gospel, broadcast in a nursery rhyme flow that not even a beat cribbed from the Four Tops can salvage. The only true revelation it offers comes when Kanye raps, “Ain’t going against the grain everything I fought for?” That rings true. Kanye’s rhymes about adding “care” or trying to build some kind of political consensus are the post-hoc excuses of a knee-jerk contrarian.

Kanye has always identified as an outsider: he has been the middle-class Chicago kid trying to break into hip-hop as a producer, the soul-chopping savant proving he’s got bars, too, and the superstar rapper trying to get a show at Paris Fashion Week. If you ignore his hemming and hawing, what has emerged this week is a Kanye West aching to be a mogul, a Jay Z-style “business, man.” Put another way: Kanye is a capitalist now. A “dragon energy” entrepreneur. By supporting Trump, he can both indulge his contrarian instincts and learn “The Art of the Deal.” Does any of that make sense? No. But at least it’s against the grain.

The Museum of Bad Art is one of my absolute favorite institutions, and earlier this year, its curator Michael Frank agreed to let me tag along with him on an art-buying trip. I wrote about the strange artworks we found and Mike’s process for evaluating them for Harper’s—  check it out and learn, among other things, the many layers of scrutiny he applies to a painting of an Oreo cookie.

I’ve been participating for the past few weeks in the World Cup of Transit Maps, a bracket-style elimination tournament between maps of rapid transit systems from around the world. The bracketification of content that happens every March can be pretty tiring, but I’ve really enjoyed how this one has forced everyone voting to decide what design qualities they really value in oddball matchups between cities of vastly different sizes. Today is the final: Santiago vs. Moscow. You can vote on the @transitmaps feed, and dive into the comments to really nerd out.

Thanks for reading and subscribing. You can find me @KPaoletta, or tearing down the street on my freshly tuned-up Schwinn.